"Be not overcome of evil, but overcome evil with good." Romans 12:21 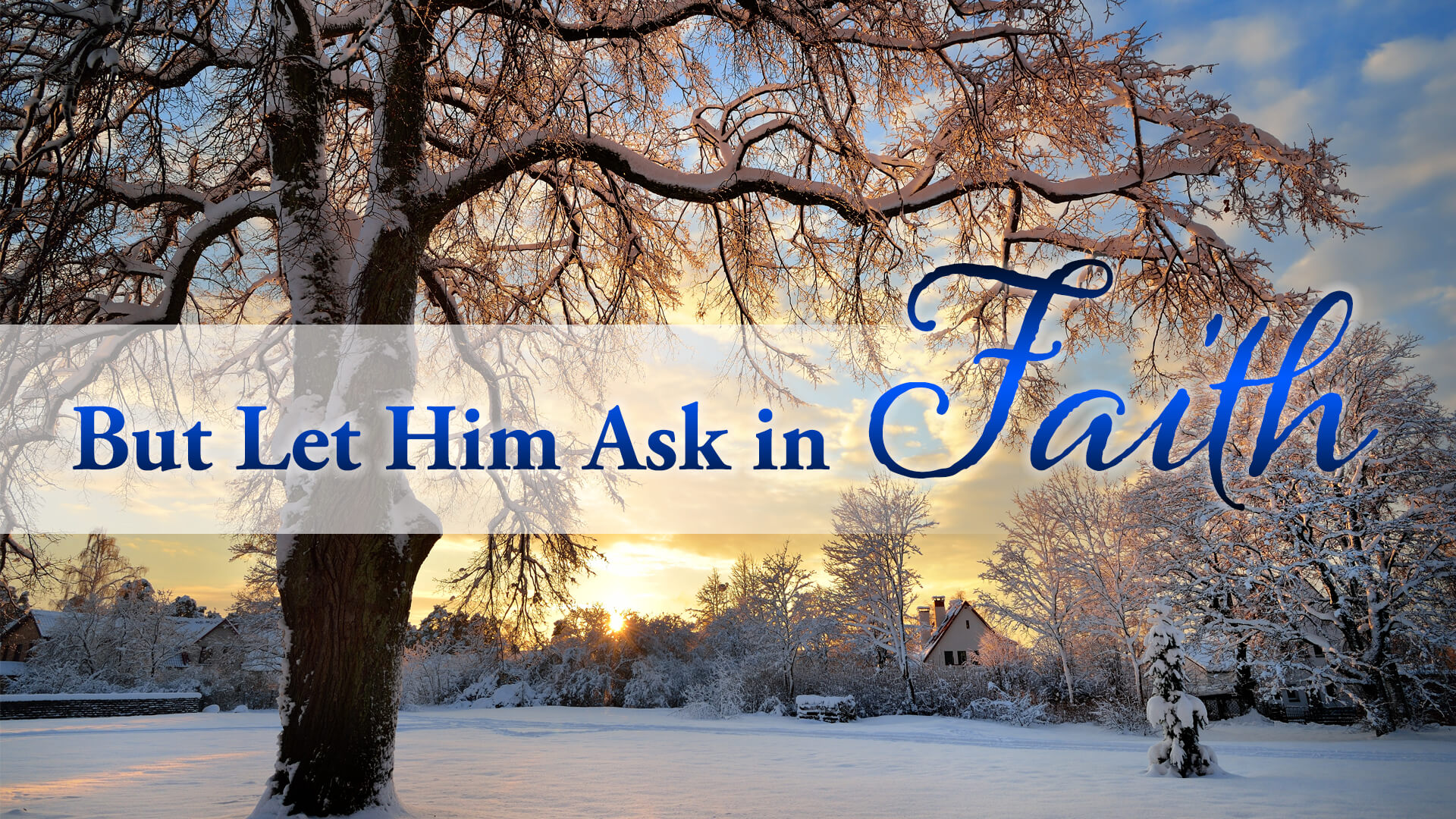 But Let Him Ask in Faith

Let’s look now at the next few verses of James Chapter 1. We previously defined faith as “a moral conviction of truth;” all the other terms related to faith, such as belief and trust stem from that conviction. When you are convinced of the truth of God’s Word and the direction of the Holy Spirit, you will live by it, or will be faithful to it.

We left off with the promise of verse 5, that if any lack wisdom and ask of God, it shall be given him. Then verse 6 starts out, “But let him ask in faith….”

Applying the Biblical definition of faith, it’s easy to understand that James was NOT saying, “just believe,” or “you gotta believe hard enough when you pray.” If acting in faith is living according to the truth of the Word of God and direction of the Holy Spirit, then praying in faith is praying for the wisdom and things needed to accomplish God’s will in your life.

He goes on to say, “nothing wavering.” ‘Wavering’ carries with it the concept of doubting and not trusting God’s plan and leadership, but rather trying to “figure it out” in the flesh. Matthew 16:3 uses the same word (translated ‘discern’) to talk about men trying to discern the face of the sky. Romans 4:20 uses the same word (translated ‘staggered’), to say that Abraham “staggered not at the promise of God through unbelief” but rather simply obeyed in faith. Then James 2:4 uses the word to describe those who are “partial in yourselves” by judging people based upon what they are wearing and giving the nicely-dressed person the good seat.

The end of James 1:6 says, “For he that wavereth is like a wave of the sea driven with the wind and tossed.” Such a man that is not lead by the Spirit of God will bounce around from thing to thing to thing, trying to discern what should be done, and when he prays, it’s not in faith – not to accomplish God’s will, because he doesn’t know God’s will. So James 1:7 says of him, “For let not that man think that he shall receive any thing of the Lord.”

Why? If God’s very nature is to hear and answer prayer, why would this man not receive anything from the Lord? Because, “A double minded man is unstable in all his ways.” James 1:8

God’s blessings are abundant, and He truly does bless those who do not even know Him, but this promise of praying and receiving is made to those who are asking in faith – asking, in the leadership of the Spirit of God, for the wisdom and things necessary to accomplish the will of God in one’s life.